It’s almost end of June and we cruised out into nature. The initial journey from Broxbourne up to Harlow Town was, to put simply, sublime. It’s boaters paradise, now the bargee life started to make sense, even to me. River Stort is a natural river, no concrete slabs lining it or anything the like. Even though the water is considered ‘grey water’, meaning the shower & washing up water from boats is going into the river, River Stort’s water is very clean.

Some photos from the cruise and the mooring place we found in Harlow. 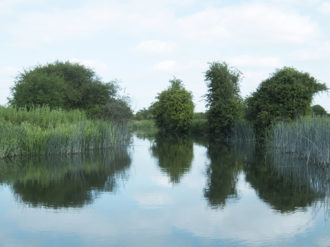 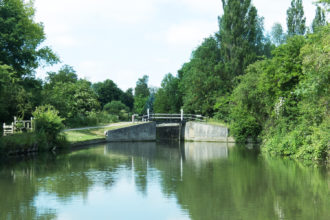 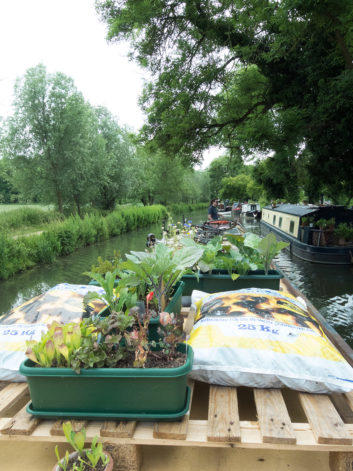 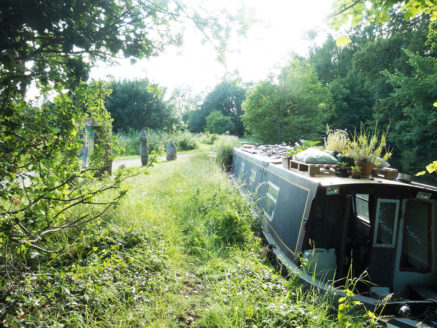 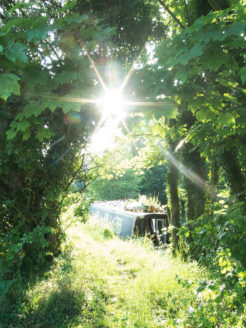 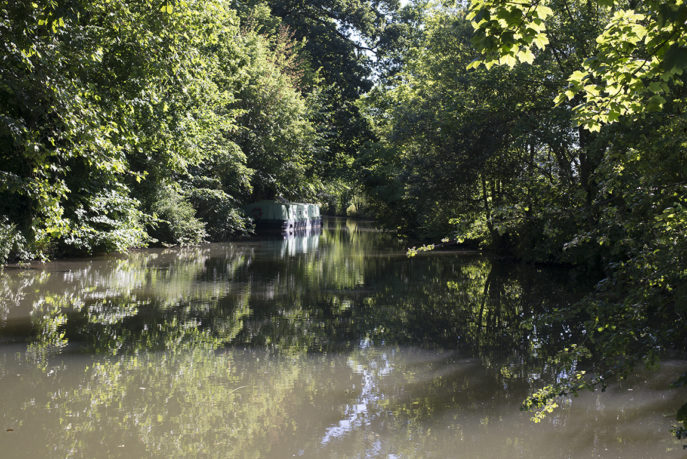 Some short film recordings of this magic cruise:

Just one remark regarding grey water: We’ve been very strict and use only biodegradable washing up, cleaning and hygiene products. This unfortunately is not always the case with fellow boaters. We’ve seen many Fairy Ultra’s on window sills, who knows what else is put down the drain. You can see straight away when the ‘Fairy Ultra’ boaters do their washing up, it bubbles much longer than the biodegradable one. Frankly, it’s a mystery why the Canal and River Trust (CRT) doesn’t hand out guidelines in that regard and encourage boaters to use biodegradable products. It should be a high priority, I think, it would be only beneficial for nature and future boaters!

This is a trip of 9 miles, 3½ furlongs and 10 locks from Broxbourne Rowing Club to Harlow Lock No 8.

This will take 5 hours and 39 minutes.

Total distance is 9 miles, 3½ furlongs and 10 locks (not counting Harlow Lock No 8).

The next stage after the cat5 bridge is to add P82B96 buffers on the i2c lines and a level converter. This will add some more resilience and make possible longer runs of i2c cables.

This journey to Broxbourne we did without Anton, he and his boat were still in the Marina as next to the paint job he also needed to sort out his engine. It was a happy trip, Natascha didn’t even mind working the locks by herself. We also both like to be moored up in Broxbourne.

We moored opposite the local Rowing Club and whilst their training the boat was rocking quite heavily. 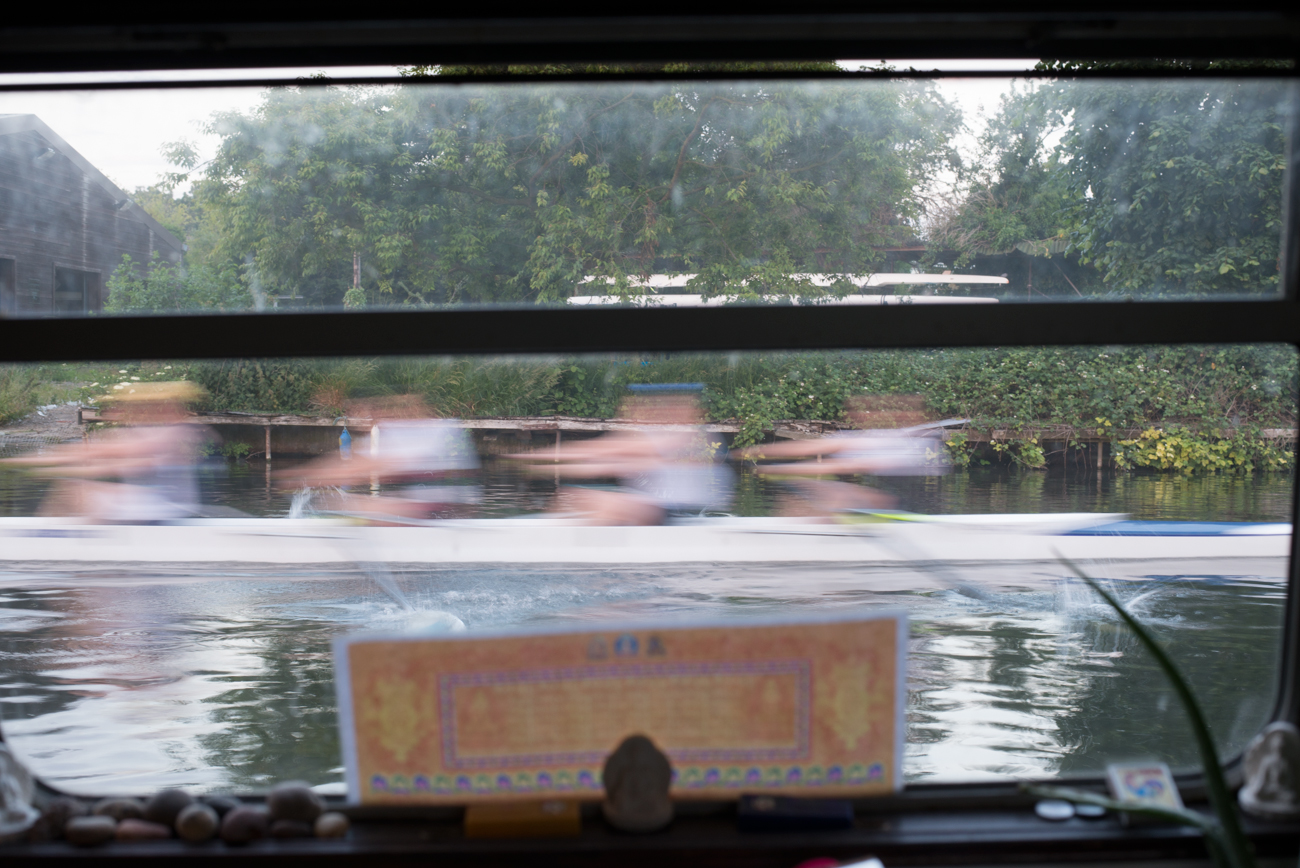 It’s a really lovely spot on the river Lee Navigation, surrounded by beautiful nature, yet we can easily reach London with the train. This also meant friends could easily visit us for a weekend in nature. Patrizia & Andrea came around for a two day visit when Adnan was away, this way we managed to fit in the boat.

We went for a long walk, we thought, it started raining like crazy and we had to return back despite the heavy down pour. Soaking wet as we were, we had to put the stove on even though it was June. The visual aftermath of the deluge was stunning though.

Some pictures from blacking and painting the sides of Anton’s boat ‘Blue Morn’, soon known as ’emacs’ 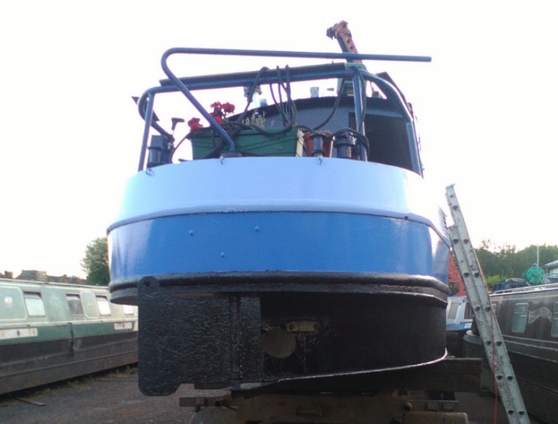 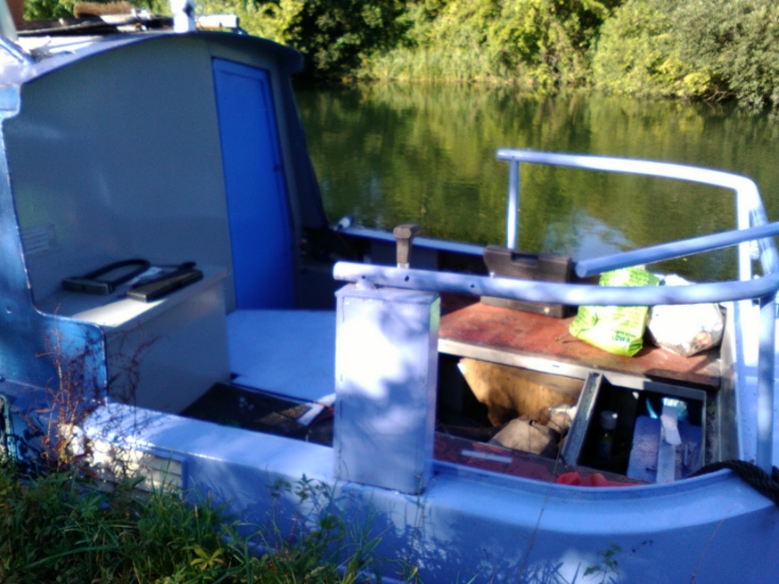 This is a trip of 4 miles, 2½ furlongs and 3 locks from Stanstead Marina to Broxbourne Rowing Club travelling south on the Lee and Stort Navigation (River Lee).

This will take 1 hour and 49 minutes.

This is made up of 4 miles, 2½ furlongs of small rivers; 3 broad locks.

Natascha got a phone call at the beginning of June from a woman who lives in Kings Cross – she and her son believe that Sava is hiding in their garden. With the cat carrier in tow she headed towards central London, found the house and yes, there she was. After two months Sava was back! And immediately sticking her head into the corner where the boiler was. Curiosity kills the cat.

In the mean time the roof top garden was producing salad. 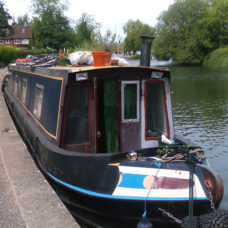 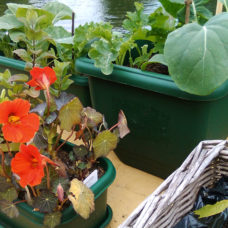 In Stansted Abbot’s Marina, Anton has his boat taken out, cleaned, blackened and painted. 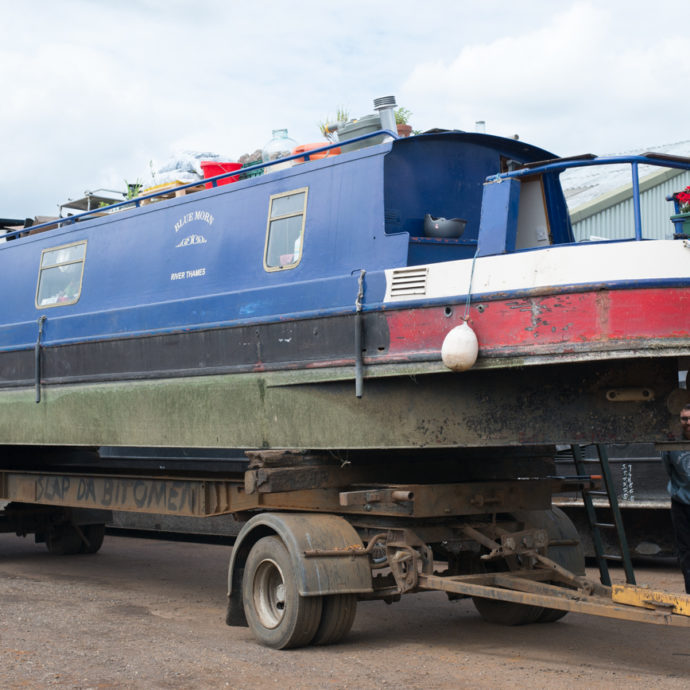 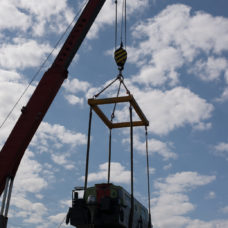 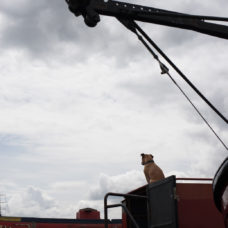 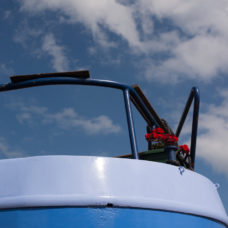