This is a trip of 2 miles from Stoke Heath Basin to Coventry Basin travelling southwest on the Coventry Canal (Main Line – Coventry to Hawkesbury).

This will take 47 minutes.

Total distance is 2 miles and 0 locks.

This is made up of 2 miles of narrow canals.

This will take 47 minutes. 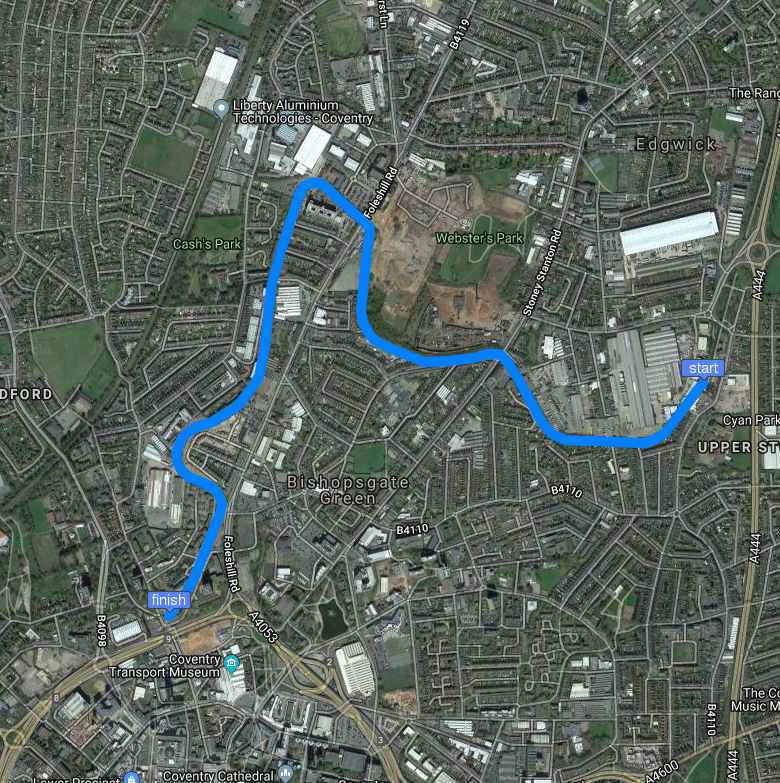 Natascha wanted to leave 5 minutes after we arrived at Swan Lane Wharf. It’s a fact – she didn’t like at all where we ended up. Feeling anxious already when cruising on Coventry Canal, she claims she hasn’t seen that many rats jumping into the canal before, the water way became increasingly dirty, the surrounding area desolate.

Was this our new home?

It became abundantly clear to her that she won’t last for long in Coventry and made that very clear to Adnan. Nat cried and screamed simultaneously and wanted to sink Quintessence.

On top, our next door neighbor came to introduce himself, he had a very angry small dog. The Germans bombed Coventry flat during WW2, and this is England and he’s English etc etc. Ok, he was from an older generation, still, his introduction didn’t help. All the others weren’t exactly our sort of people either, one of the neighbors had a massive dog and she introduced herself with her husbands name, and her husband with her name. Then she realised the mistake and started laughing loudly. She had a drunken stupor. Didn’t help either.

At least the cat seemed happy, she had a good patch of land to herself and she didn’t mind the rather large anthill right next to our boat.

Natascha had to go to work to London and was relieved to be away for a few days. Upon her return it was time to consult the CRT website to find if, by any chance, a countryside mooring near by was vacant. There it was, a mooring in the Warwicksire country side, not far from Coventry, in a village called Lapworth, the exact location is Kingswood Basin.

We headed straight out there. We really loved the site, there was a fellow boater, waving at us, asking whether we are there to view the moorings. Sure we are, and he replied it’s the best mooring in the UK, we should apply for it. So we did. Got the place secured with a deposit. We were so relieved, we could so well imagine us staying here. The nature was stunning, the basin peaceful. The cat will have a blast and we can go for long walks. That was a quick way out.

But before moving to Kingswood, it was time to get ready for two trips – one, down to the Coventry basin and we had a month long visit planned to Switzerland. Quintessence will stay at Swan Lane Wharf for the duration. At least she was safe there. The “moving in” at Kingswood was scheduled for mid September. 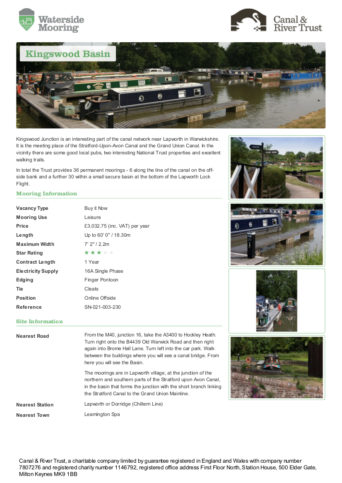 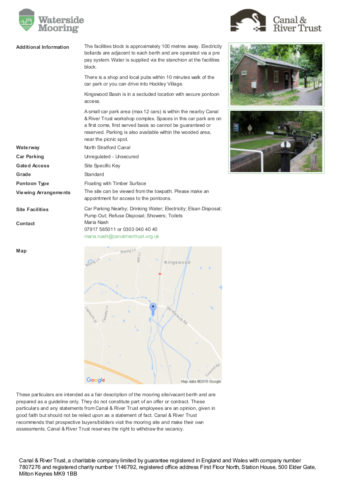 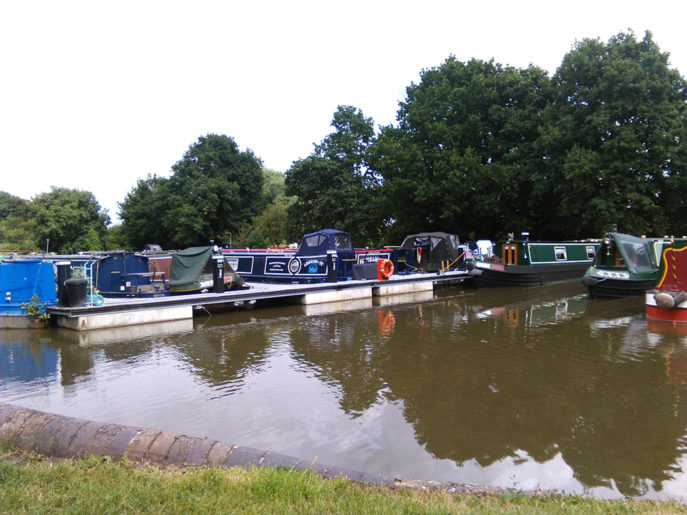 This is a trip of 10 miles, 6¼ furlongs and 1 lock from Stretton Stop to Stoke Heath Basin.

This will take 4 hours and 30 minutes.

From Stretton Stop travel northwest on the Oxford Canal (Northern Section – Main Line) for 7 miles, 2¼ furlongs and 1 lock to Hawkesbury Junction, then travel south on the Coventry Canal (Main Line – Coventry to Hawkesbury) for 3 miles, 4 furlongs to Stoke Heath Basin.

Total distance is 10 miles, 6¼ furlongs and 1 lock. There are at least 3 small aqueducts or underbridges and 1 tunnel (Heath Crescent Tunnel. ).

This will take 4 hours and 30 minutes. 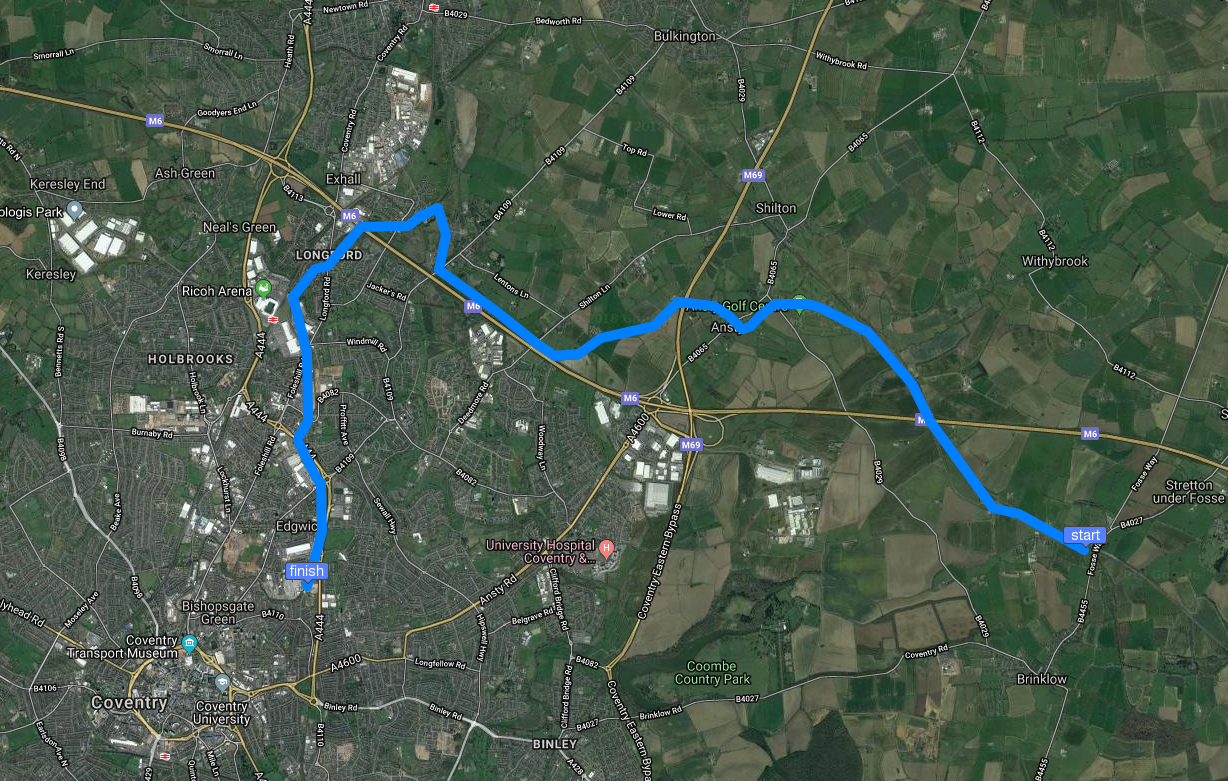 This is a trip of 5 miles, 7¼ furlongs from Boughton Road Bridge No 59 to Stretton Stop travelling northwest on the Oxford Canal (Northern Section – Main Line).

This will take 2 hours and 21 minutes.

Total distance is 5 miles, 7¼ furlongs and 0 locks. There are at least 3 small aqueducts or underbridges and 1 tunnel (Newbold Tunnel No 49 [see navigational note 2 below]. ).

This is made up of 5 miles, 7¼ furlongs of narrow canals.

This will take 2 hours and 21 minutes.

This is a trip of 10 miles and 3 locks from Braunston Marina Western Entrance to Boughton Road Bridge No 59.

This will take 4 hours and 26 minutes.

Total distance is 10 miles and 3 locks. There are at least 4 small aqueducts or underbridges.

This will take 4 hours and 26 minutes. 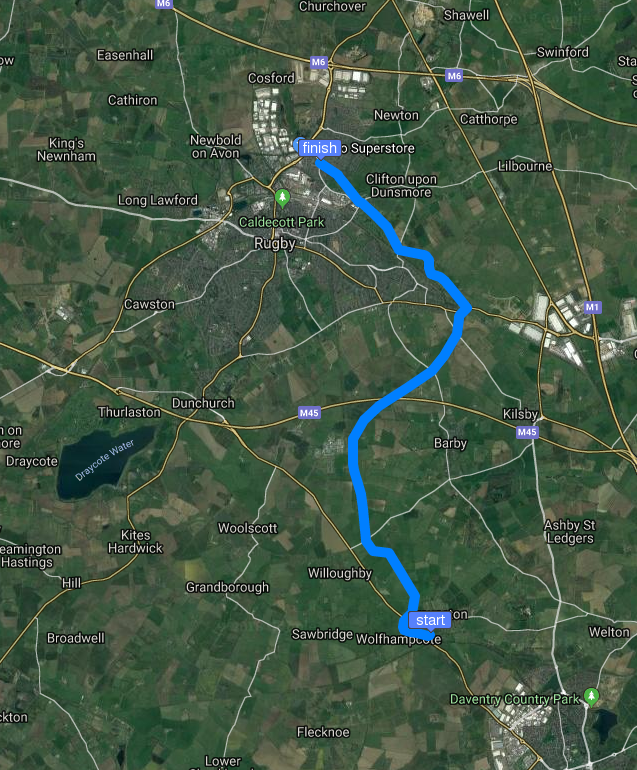 Braunston tunnel is over 1.8 kilometre long, has a curve somewhere, water gushes down the ceiling and walls – basically it’s an adventure to pass through it. On top, if another boat passes it requires a good wiggle for them to pass each other. We managed.

We were quite relieved when we reached the end of it. 1.8 kilometre have never felt so long. And yes, there is that famous light at the end of every tunnel…

We moored up at Braunston visitor moorings, actually we were lucky to find a spot at all, July is high time. We headed straight out to the marina, we had some work to be done. The back hatch needs fixing and our very old oven had to be replaced. We were strolling around Braunston Marina and came across Carl. Firstly, Braunston is a fantastic Marina, secondly Carl is the most helpful person one can wish for. Quick chat with his mates and we were asked to move Quintessence into the marina. And we moored next to a beautiful old and restored barge. We love Quintessence but check out Monarch!

And our shiny new oven, installed by Carl. What a pleasure to look at and more importantly to cook with. Worth every penny and it wasn’t cheap.

This is a trip of 15 miles, 3¼ furlongs and 13 locks from Wright’s Lane Bridge No 45 to Braunston Marina Western Entrance.

Total distance is 15 miles, 3¼ furlongs and 13 locks. There are at least 5 small aqueducts or underbridges and 1 tunnel (Braunston Tunnel. ).

Night time along the canal, a magic full moon night.

And in day time on the water….

It was a hot day, already in the morning the sun seemed merciless. But we had to get another 15 Miles or so going before we will have a two day break. Shortly after we started we passed the New Bradwell Aqueduct, it’s slightly uncanny to cross a motorway on a barge on water.

And then came the Iron Trunk Aqueduct, where water crosses over water.

On the other side of the tunnel. Lush nature greeting us and a tow path repair going on.

This will take 6 hours and 44 minutes.

Total distance is 15 miles, 3¼ furlongs and 8 locks. There are at least 3 small aqueducts or underbridges and 1 tunnel (Blisworth Tunnel. ).

This will take 6 hours and 44 minutes.