On 2 December it was time to move on despite strong winds. Adnan wasn’t around and it was Nat’s turn on the tiller and with those strong winds it wasn’t exactly the best moment for a ‘first time alone cruise’. Luckily it was really a very short trip, and not conform to CRT rules, but hey, sometimes you have to break them.

She crashed into the already moored boat, of course, choosing the beginning of Hertford Union canal proofed not to be suitable, the winds got properly channelled and Nat lost control. On top the neighbour complained that she doesn’t like if boats double moor on hers… well, that’s boaters life in London, darling. But it had to do for the night. We don’t like it either but as the boats increase there isn’t any other solution. Unless CRT would install more mooring, but that is another discussion.

Adnan came back and we moved the boat near to Anton’s. We ended up opposite where hot tubs were installed along the canal. On the one side this is our view:

On the other side, that strange Arcelormittal Orbit, which illuminates the misty Londoner night sky somewhat nicely. 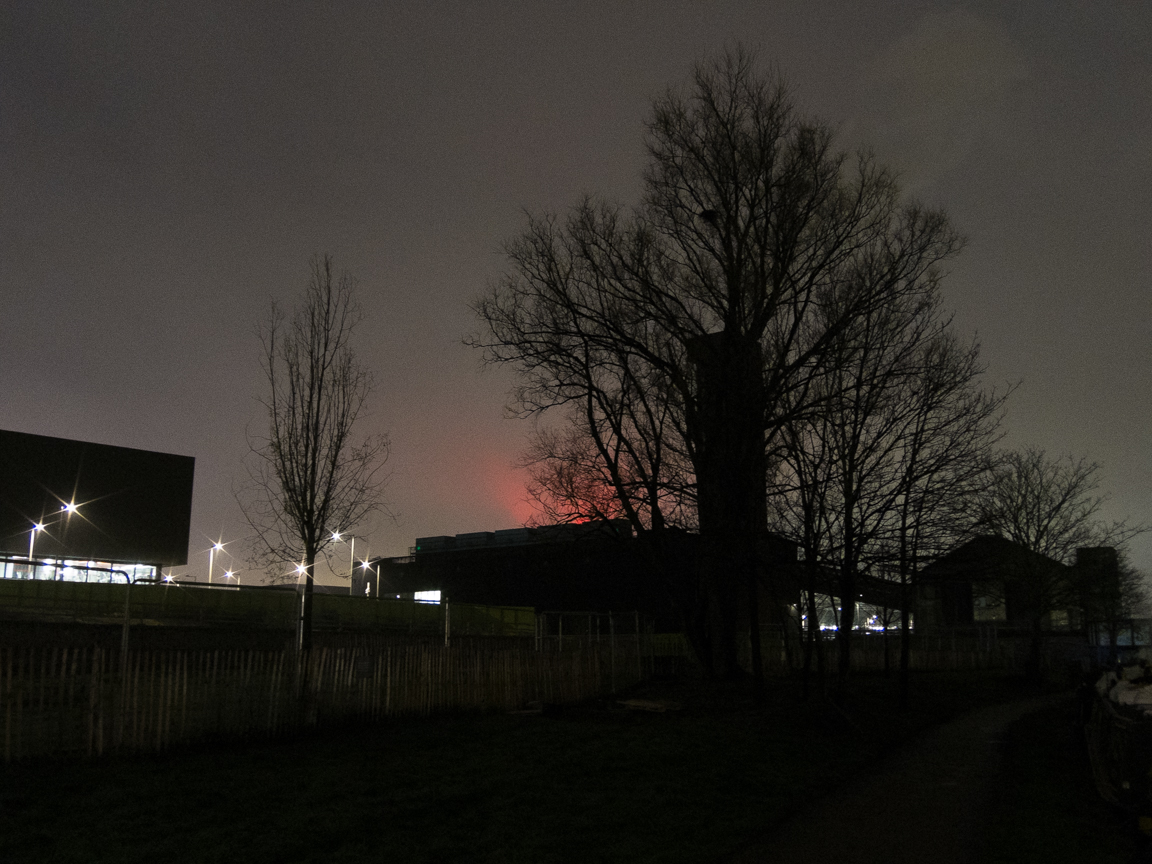 But if you know the story behind this steel sculpture, then one wonders whether it was really necessary to built it in the first place. Anish Kapoor’s sculptures are usually sublimely beautiful, but something went wrong here. Maybe because Boris Johnson was involved?