It’s post Christmas, which we spent back in Switzerland in central heated homes, that was quite a treat. On top we received a very suitable present from Adnan’s brother, the treat of the treats! Le mini Raclette, candle powered. We both love this typical Swiss cheese dish, especially on a cold winter day. Thank you Nils & Amy!

We headed to Limehouse Basin and were lucky enough to find a spot overlooking the basin. As Natascha said in an earlier post, cruising through London is full of joys and that one definitely is. Easy to reach friends and work and the view is fabulous. 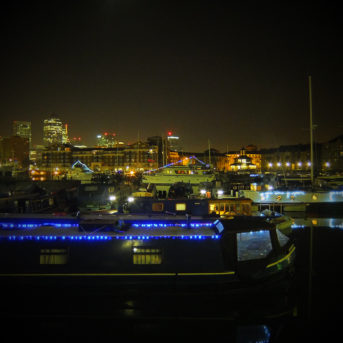 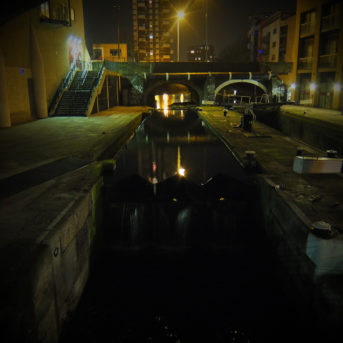 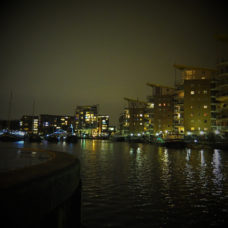 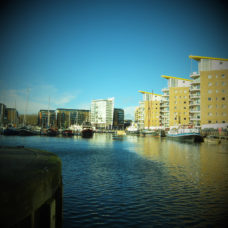 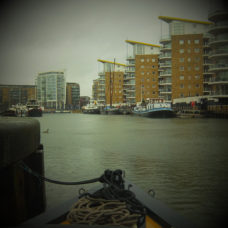 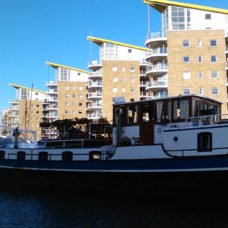 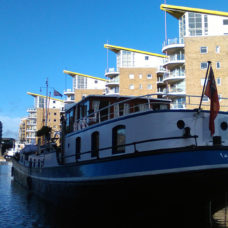 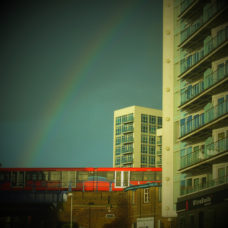 Then one night we wanted to charge the batteries by running the engine. Well, the engine simply ‘died’ after jolting for a minute. Adnan tried again, full throttle, nothing – nada, nichts, niente! What on earth happened?! We needed the energy as during winter our solar panels don’t produce anything, of course, so quite frankly: What the fuck?

We went out for a meal nearby and, whilst charging our computer in the restaurant, Adnan had an ‘enlightening’ moment. Diesel, maybe the tank was empty. Though we filled it up to the brim in November and that should last for a good six months if not longer. So, we went back and we took out the measuring stick and there was the result: empty tank! Somebody must have emptied our tank at some point, there are also pirates on the British Waterways, no doubt and somebody had a little refill for his/her boat.

We called Dominic, the owner of the coal, gas & fuel barge whether he will come down to Limehouse any time soon. Luckily enough he did, the following day he had to come down to refill the barge with supplies for us boaters. We got our tank filled and Dom’s advice was to get a lock for the fuel tank – we will for sure! This was perfect timing as in fact we had to move on, else, the CRT enforcement team wouldn’t have been happy.