We did indeed 14 Miles today, that is a lot in boater terms. It was a good day for Natascha, there were only 5 locks to work. She had time to take the camera out and document a bit the scenery. The landscape is stunning, the lush country side during summer time is a real feast for the eye and the mind. 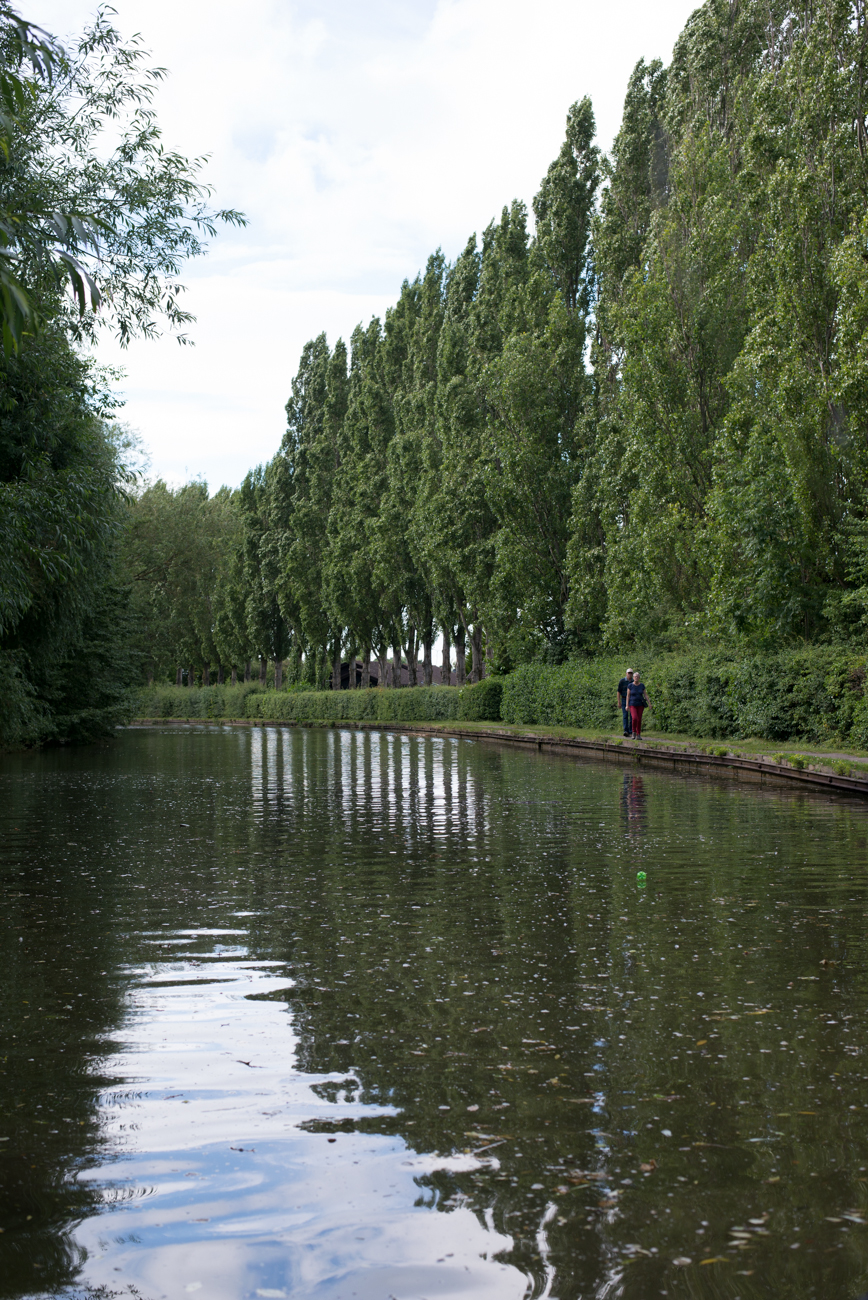 Some fishing below the motor way?

Some fishing from a branch?

We arrived at Stanton Low Park rather relaxed and joyous, considering we had such a good cruising day. We moored Quintessence and not long one of our boat neighbors came around for a chat. As mentioned before, the second question usually asked was where we are from. Switzerland. A short silent moment and his answer was “ohh, Switzerland is not in the EU either”. A smile appeared on his face at the same time. It was clear which topic this conversation will entail, the one question remaining, “Pro or Contra”? Pro Brexit of course. Natascha was in a provocative mood and answered “it’s a shame Switzerland isn’t in the EU. A silly, landlocked island in midst of the EU sea”.

Not sure how well that was received but we were told that people from Somalia all want to have flat screens, that is why they want to come to the UK. Not sure either what that has to do with Brexit, but as suspected after the Brexit vote the ‘closet’ racists got the carte blanche to come out and express their views. The conversation continued and we were told that all foreigners should leave the isle immediately. That includes us too. Natascha asked, whether he will be the one who will go and pick cabbages on the vast fields, for Sainsbury’s or Tesco or which ever supermarket, for a few quid per hour? Most certainly not, was the answer. And it was dinner time for our conversation partner, sausage and mash was on the menu. We were hungry too and went back inside to get on with dinner.

It dawned on us, we were not in liberal London any more. But in “leave” land.

Fed up with negative press – including a Guardian story – calling their city the ‘Brexit capital of Britain’, the residents of Stoke-on-Trent challenged the media to dig deeper. We accepted, and so began an astonishing journey into a remarkable place.