The VR360 feature documentary film titled Off-network low-impact living on the cut, to be published here on boattr.uk, for the launch of the after progress exhibition, will tell the story of the researchers’ journey on the narrow-boat Quintessence (boattr.uk) on the British Waterways, looking into off-network, local network use of technologies, as a low-impact living on the cut. The ‘boattr – living on the cut’ immersive film depicts the cut and canals of the British Waterways as a digital urban commons, through the artists’ journey on the narrow boat ‘Quintessence’ and the development of the ‘boattr’ prototype in collaboration with MAZI (for “together” in Greek), a Horizon2020 research project. Having operated the boattr.uk, mazizone and 7061 art project over three years, this story, in form of a VR360 film, documents the development of this research. 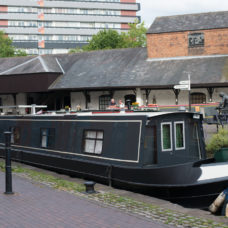 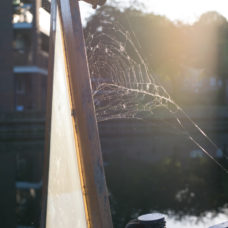 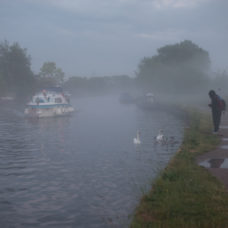 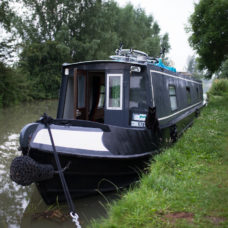 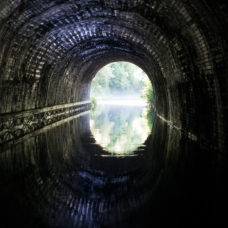 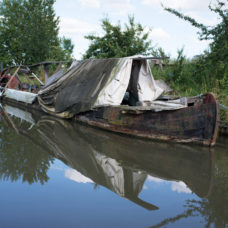 Photos by Natascha Sturny, are showcasing canal life in combination with the boattr prototype by Adnan Hadzi.

With the evolution the moving image inserted itself into broader, everyday use, but also extended its patterns of effect and its aesthetical language. Video has become pervasive, importing the principles of “tele-” and “cine-” into the human and social realm, thereby also propelling “image culture” to new heights and intensities. The boattr VR360 film makes use of video as theory, reflecting the structural and qualitative re-evaluation it aims at discussing design and organisational level. In accordance with the qualitatively new situation video is set in, the VR360 film presents a multi-dimensional matrix which constitutes the virtual logical grid of the boattr project.

The boattr DIY infrastructures offer a unique set of special affordances for local services to the narrow boat community, outside the public Internet: the ownership and control of the whole design process that promotes independence and grass-roots innovation rather than fear of data shadows; the de facto physical proximity of those connected without the need for disclosing private location information, such as GPS coordinates, to third parties; the easy and inclusive access through the use of a local captive portal launched automatically when one joins the network; the option for anonymous interactions; and the materiality of the network itself.
Standard