We decided to leave the flat on 21 February, a week prior to the official deadline, which was a wise decision, the flat above was vacated early too and they started with the renovation straight away.

So, it’s official: we are bargees. The past week was a difficult one, physically and emotionally. The boat was moored up on Broadway Market and we could carry all our stuff from the Goldsmith’s Row flat to the boat. Antonios lent us his trailer, which made it a bit easier. Natascha was in an unstable mood and was afraid of what is going to come. The unknown, the lack of space, lack of amenities. Leaving the flat after 9 years was hard, she had her routines and old habits die hard. Though in this instance those habits, like doing the washing when you want, had to die immediately. From now on we relied on launderettes. We received a weekly veg box from Riverfold for some 7 years, this was now delivered to my friends place and we had to go there and pick it up. Putting on the central heating when it was cold? Gone. Instead we had a coal powered Morso stove.

The fact that we have to move the boat every 14 days didn’t make the situation easier.

And Natascha didn’t know how the cat will take it and kitty was very dear to her.

Lastly, when we wanted to use some water we realised that the tank was empty. We had to go to the water point at Victoria Park. Antonios’ boat was towed with ours, so we had to un-tow his first in order for us to manoeuvre out of the other moored boat. Natascha then had to pull Antonios’ boat back in. On top we were hoping nobody will come and double moor with him in the meantime… It all went well, apart from the cat having a nightmare because of the engine noise. 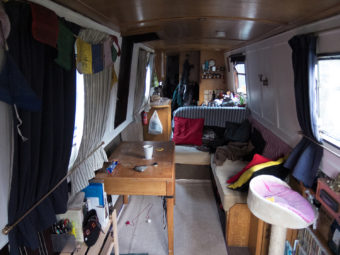 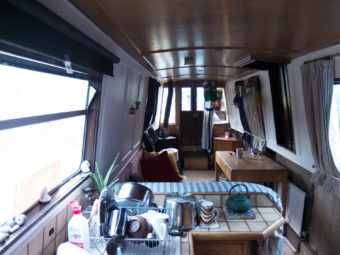 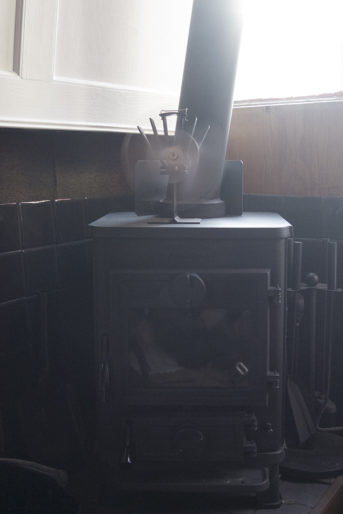