The weather was picture perfect and we decided to go cruising again. After months of staying put, it was time to move Quintessence. We wanted to make the most of it since there was a change appearing on the horizon.

Adnan applied for a lecturing post abroad. And was offered an academic position.

The country? Malta. Malta? We both have never been there, we knew the geographical location and that was about it. So we decided to fly out mid June to have at least an idea about this tiny island nation on the fringes of southern Europe. Natascha had to see with her own eyes what this place was like and didn’t want to rely on Adnan’s usually rather overly excited telling (Coventry mooring comes to mind).

Natascha still had Switzerland as the next destination in mind and wasn’t exactly thrilled about this news. Once more, long discussion, we had to find a solution. Best then to go out to the country side and combine those with long walks. And tree watching. If Malta becomes a reality, surely there will be not so many trees?!

The canal water was full of algae and with the boater season starting, the turbines are acting as some kind of mixer, the water turned bright green, luvly.

Then on one of the journeys back to Kingswood the engine almost stopped working. Pffft, pffft, pffft – puff, puff. Hardly any speed we just about managed to get back. Really now? What could be wrong?

We called Ian from Knowle Wharf and when he came around the engine was running smooth, not a single sign of Pffft, pffft, pffft – puff, puff. But then next time we went out again, towards Knowle Wharf the problem started all over again.

Ian came and hopped on the boat and his conclusion was: Alternator needs replacing, now. How much is that going to cost? Roughly £300 it was in the end. And there it is: 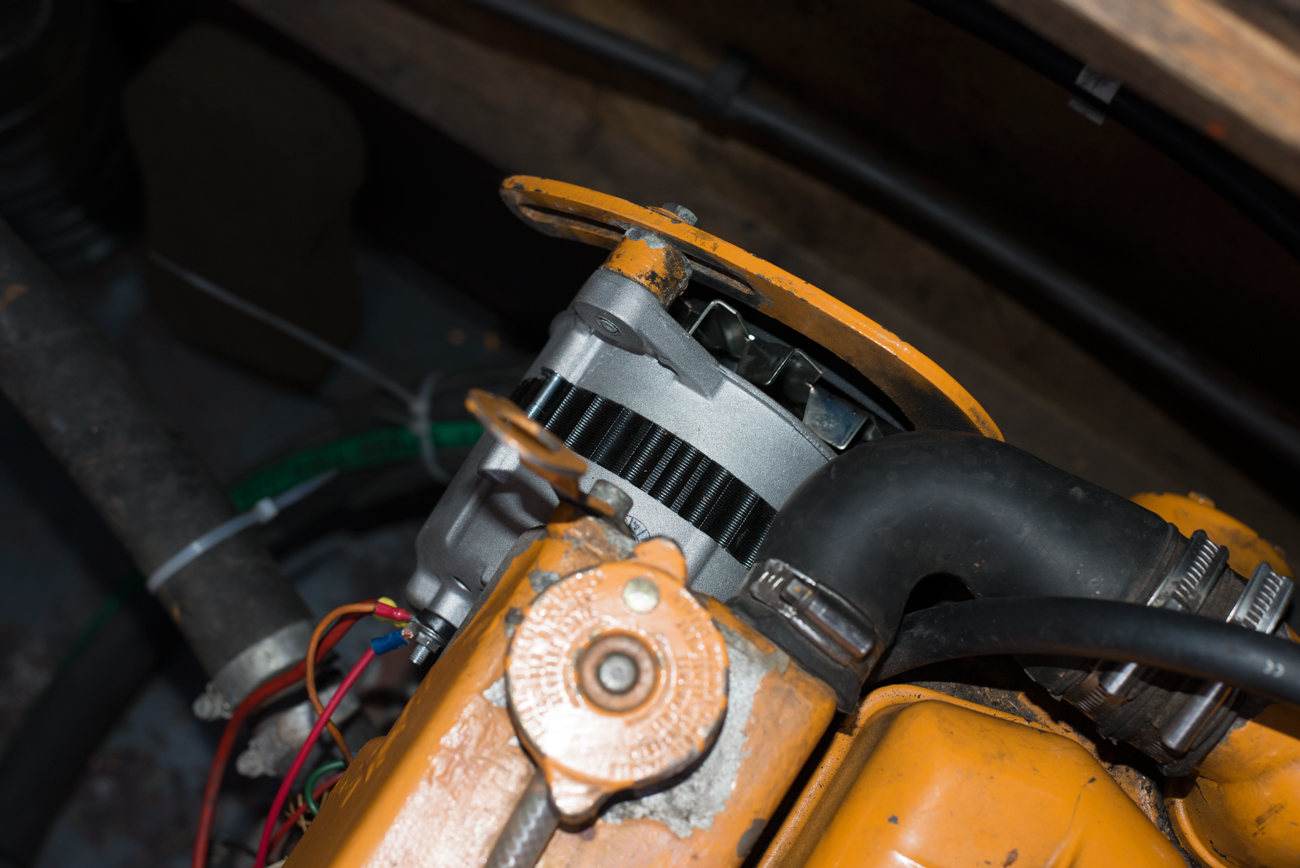